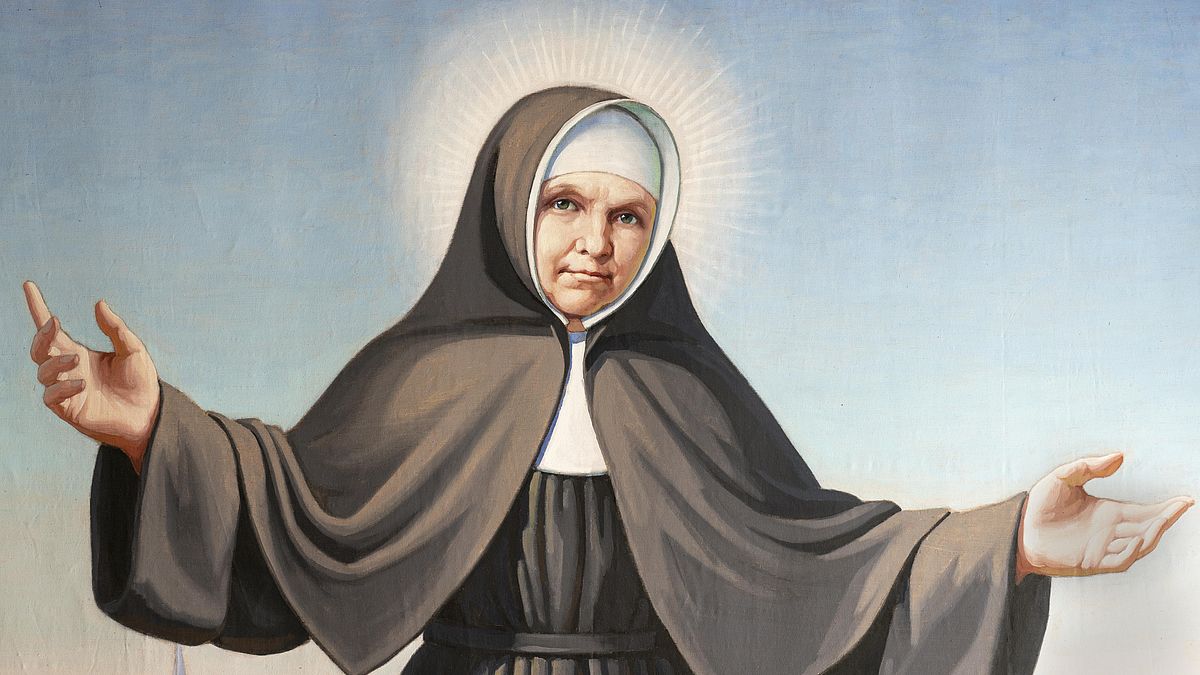 Our Foundress
St. Katharina Kasper was born in 1820 in the small Westerwald village of Dernbach, Germany. Though poor in earthly Goods, social standing and formal education, she was rich in compassion and love for the poor and sick, and her mind was alert to the needs of the day.

Guided by the Spirit she built her “Little House”, a center from which she nursed the sick of her village and in which she provided a home for a widow and eight orphans. Joined by other young women, she founded the Congregation of Poor Handmaids Jesus Christ, August 15th 1851.

Strongly dawn to an intense union with God, Katherine Kasper, as mother Mary, modeled and fostered in her community a spirit of simplicity and service. She died on candle Mass day, February 2nd 1898. At the beatification of Maria Katharina Kasper in Rome on 16 th April, 1978, Pope Paul VI characterized her with following words “ Personal poverty and love for the poor, simplicity and humility and servant self-sacrifice to humankind in accordance with the will of God are the hallmarks of the ministry and holiness which our new ‘Blessed ‘ signifies.” She was canonized on 14 th October, 2018 by his holiness Pope Francis.

Prayer
Heavenly Father, you have given us in St. Mary Katherina Kasper and example of deep humility, great simplicity and a burning love of God and neighbors,. In imitation of Mary, the first handmaid, she surrendered herself completely to your well.

With confidence in your provident care, father, we turn to you in our present need (………..). Hear our petition for the sake of your Handmaid Blessed Katherine Kaspar, who while on earth lovingly helped the sick, the needy and all who sought her aid. We ask this, Father, in the name of Jesus , your Son Holy Spirit. Amen